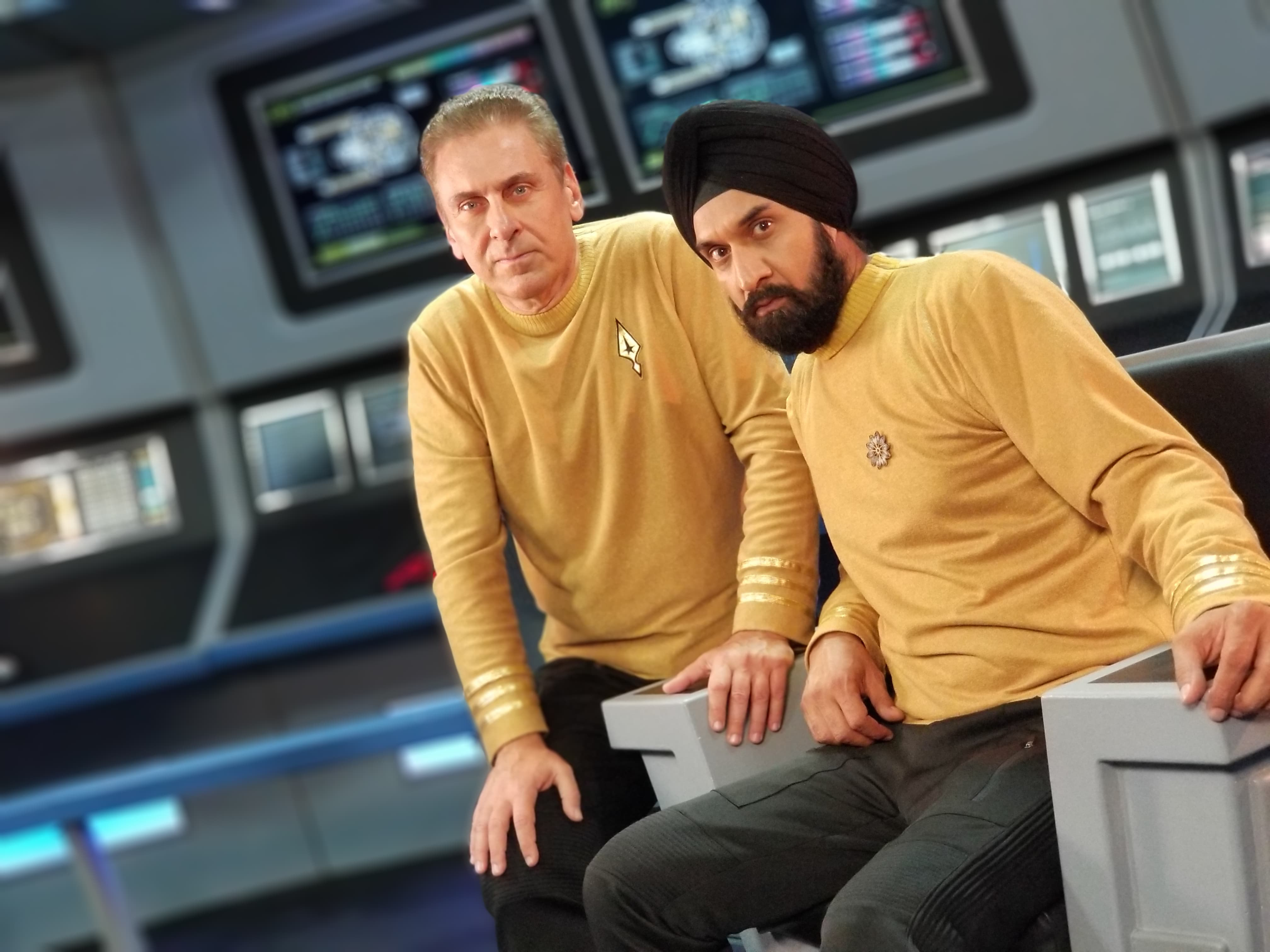 Last weekend, over 80 Axanar crew got together and held the first Axanar shoot in 4 years!  This was the first of 5 different shoots, both in Atlanta and Los Angeles, that will produce 30 minutes of footage, a 2 hour audio drama and over 60 minutes of Behind the Scenes footage for the Blu-ray.

“Axanar” as we generally call it, will be two 15 minute episodes, Parts IV and V of The Four Years War documentary of which Prelude to Axanar is Part III.  The three days of shooting netted 8 different character interviews on green screen and a day and a half of bridge footage on the USS Ares bridge (captained by Fleet Captain Garth) and the USS Hercules (captained by Sam Travis).  And one thing that I heard over and over from the production crew, including Prelude to Axanar DIT/Colorist and Axanar producer Bing Bailey, and Editor/Sound designer Mark Edward Lewis, both of whom have been on the project since Prelude to Axanar, is that it looks better than Prelude!

Where the Prelude to Axanar shoot in 2014 got 6 character interviews over 2 days, our   shoot got 8 characters over a day and a half.  Great producers and a ridiculously well organized shoot helped make that happen. USS ARES BRIDGE SHOOT
Friday started off with shooting the bridge of the USS Ares.  What was cool is we finally got to see some crew members we had only heard about.  Tanaka, Caine, Hyree, and pilot Deville.  Now those crew members were brought to life.  Shooting was fun and the footage AMAZING. USS HERCULES BRIDGE SHOOT
The second day, Saturday, we had another bridge crew come in and shoot.,  This time JG Hertzler’s Sam Travis and the crew of the USS Hercules took over. Thank you all for your faith and support!